The draft proposal was approved by the Arizona Game and Fish Commission at its June 15 meeting in Payson. The public can provide comments between now and the Game and Fish Commission's August 3 meeting in Flagstaff (please note that this "Phase Two" comment period deadline is a correction from a previous department e-news notice, which stated that the comment period would end on July 20). A "Phase One" comment period on the license and fee concepts that were presented at 17 public meetings and posted on the web occurred in May and June.

Comment on the draft proposal can be submitted between now and Aug. 3 via e-mail at [email protected] or via U.S. mail to Arizona Game and Fish Department, License Simplification Comment, Attn: Ben Alteneder, 5000 W. Carefree Highway, Phoenix, AZ 85086. Comment can also be made during the Aug. 3 commission meeting via the Speaker Card (Blue Card) process for those attending the meeting in person or viewing it from department offices.

A summary sheet of the proposed draft license structure and fees, the department's Draft Notice of Exempt Rulemaking, and the public comments received on the license and fee concepts presented in May-June, can be found at www.azgfd.gov/LicenseSimplification.

The commission will review and take into consideration the "Phase 2" public comments on the draft before approving a final license structure and fees, anticipated in August. The goal is to have a new structure and fees implemented by Jan. 1, 2014. 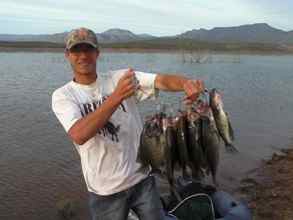