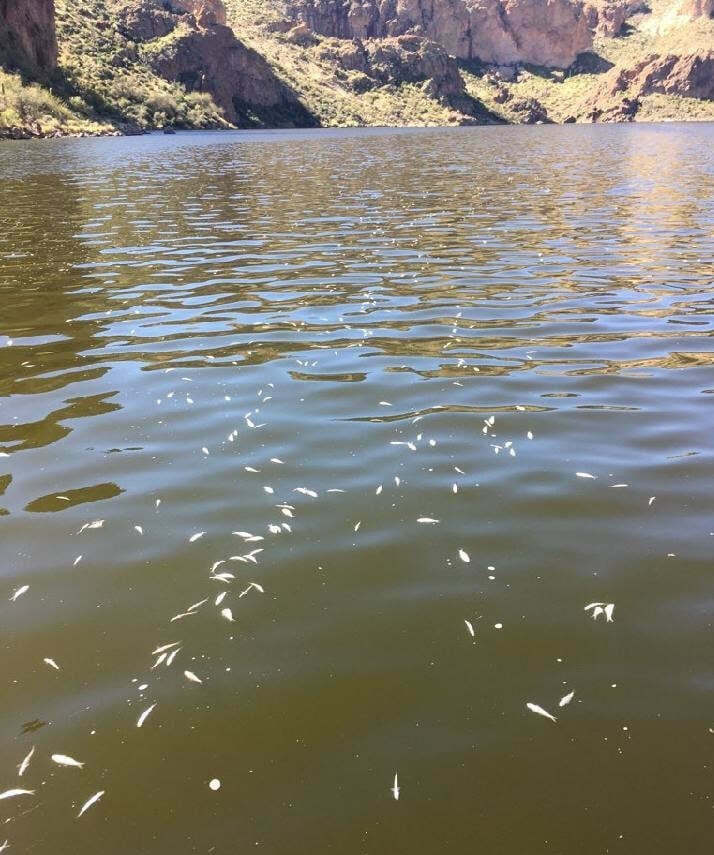 PHOENIX —​​​​​​​ The Arizona Game and Fish Department (AZGFD) has confirmed that fish kills have occurred at Saguaro, Canyon and Apache lakes and that golden alga blooms are the likely cause.
AZGFD began receiving reports from the public between March 14 and 21 that a fish die-off or “kill” was occurring on the Salt River chain lakes. The initial report was that it may have begun on March 11 at Saguaro Lake and involved a few threadfin shad that had died. The following week, multiple reports came in with concerns over large numbers of dead threadfin shad at Canyon and Apache lakes.
AZGFD staff responded on March 24 by sending a team to investigate the kill at Canyon Lake. They observed large numbers (approx. 100,000) of dead and dying threadfin shad, a species that is very sensitive to golden alga (Prymnesium parvum) toxin. A handful of other species were observed dead or dying that included largemouth bass, bluegill and gizzard shad.
Water quality biologists analyzed samples collected from Canyon Lake and confirmed the presence of golden alga cells. Golden algae were abundant in all three samples, with two samples containing extremely high densities. Golden alga can produce toxins harmful to gill-breathing animals. Similar large-scale golden alga-caused fish kills have occurred in Saguaro, Canyon and Apache lakes since 2003. To date, no adverse health impacts have been noted for humans or non-gill-breathing wildlife that have come in contact with waters experiencing a golden alga toxin bloom.
Salt River Project (SRP) will be doing their annual springtime swap from the Verde to the Salt River this coming Monday, March 28. With the influx of water, there is a chance the bloom will be flushed through the system and decrease the severity of the fish kill.
“There are a lot of factors at play that are going to determine the severity and duration of the fish kills in all three lakes,” said Amberle Jones, aquatic wildlife program manager in AZGFD’s Mesa regional office. “We will be closely monitoring the situation and provide updates as warranted.”
Golden Alga Background
Golden alga is a microscopic flagellated alga that typically occurs in brackish waters. It prefers more saline or higher conductivity waters, which is necessary to develop and maintain a bloom. Low salinity conditions have been shown to have a negative effect on growth rates of golden alga. In Arizona, golden alga usually becomes a concern when conductivity exceeds 2,000µS. Golden alga has been implicated in fish kills around the world since the 1930s.
For more information on golden alga, please visit our webpage https://www.azgfd.com/fishing/golden-alga/. 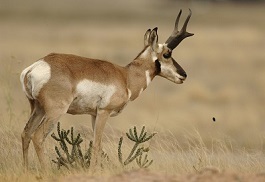 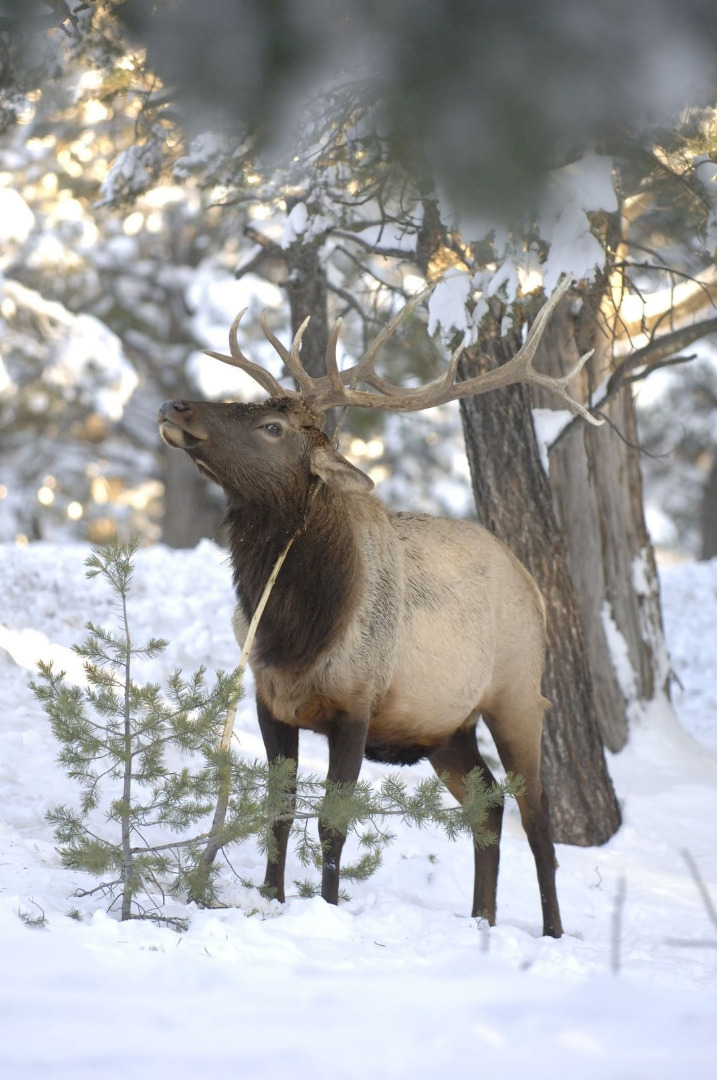