Gearing up for a hunt? Don’t forget the non-lead ammo 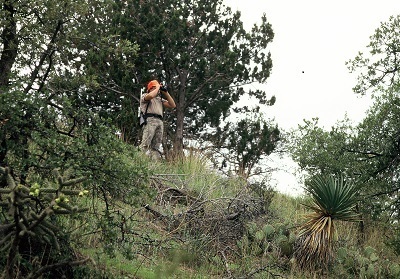 PHOENIX — Arizona hunters have proven their long-held commitment to wildlife conservation by voluntarily working to reduce the amount of lead exposure to endangered California condors, and the Arizona Game and Fish Department (AZGFD) is encouraging all hunters to join the effort this fall.
Hunters drawn for hunts in Game Management Units 12 and 13 (north Kaibab National Forest and Arizona Strip) are eligible to participate in the department’s non-lead ammunition program and are encouraged to pick up their free ammunition early, while supplies last. Information about the program was mailed to those who drew hunt tags for the selected units.
Since 2008, 88 percent of hunters in Arizona’s condor range have voluntarily used non-lead ammunition during their hunts or, if they used lead ammunition, removed the gut piles from the field. AZGFD reminds hunters that if they have trouble finding non-lead ammunition, they can still support condor recovery by removing gut piles from the field that were shot with lead ammunition.
Hunters that remove their gut piles (lead ammunition only) are eligible to be entered into a raffle that offers prizes including an elk hunt on the Navajo Nation, Phoenix Zoo Total Experience tickets, Sportsmans Warehouse gift cards, and other prizes generously donated by multiple wildlife conservation partners.
“Hunters in Arizona have always been true partners in wildlife conservation,” said Allen Zufelt, AZGFD condor program coordinator. “Last year 90 percent of hunters removed approximately 4 tons of remains that were potentially contaminated by lead ammunition or voluntarily used non-lead ammunition. These successes are clear evidence of our hunters’ continued commitment to condor management.”
The Utah Division of Wildlife Resources, which coordinates condor management with AZGFD, has implemented a lead-reduction program in southern Utah. As the condor population has become more established, the birds have increased their foraging area and now use southern Utah heavily during the fall hunting season.
Lead poisoning has been identified as the leading cause of diagnosed death in endangered condors and the main obstacle to a self-sustaining population in Arizona and southern Utah.
Studies suggest that lead shot and bullet fragments found in animal carcasses and gut piles are the most likely source of lead exposure. Many hunters do not realize that the carcass or gut pile they leave in the field usually contains lead bullet fragments. Gut piles from animals harvested with non-lead ammunition provide an important food source for the condors and should be left in the field.
Arizona’s condor population was reintroduced to the state under a 10(j) Rule, a special provision of the Endangered Species Act that designates the population as experimental and not essential to the species’ survival. The 10(j) Rule was used to obtain acceptance among communities in Arizona and Utah and assures that “current and future land…uses…shall not be restricted due to…condors” and that the federal government did “not intend to” modify or restrict “current hunting regulations anywhere…in the experimental population area.”
Information on non-lead ammunition and how hunters can help is sent by mail to those drawn for hunts in condor range. For more information on condors and lead and a list of available non-lead ammunition, visit www.azgfd.gov/condor. 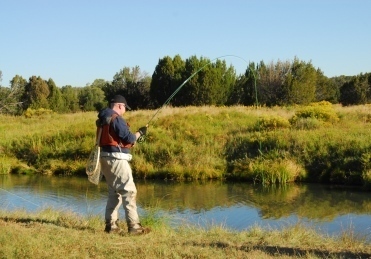