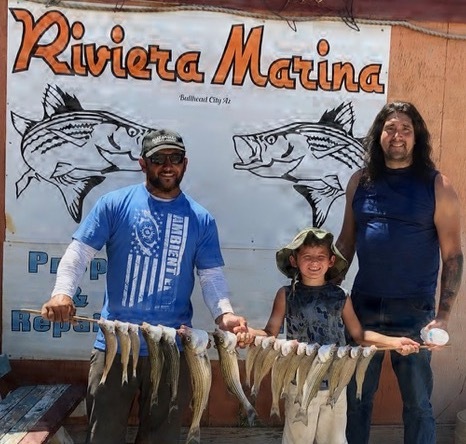 Even with our warm weather (an understatement) our anglers are having some very good luck landing the stripped bass. The striper bite here along the shores of the Colorado River below the Davis Dam is being very productive.

Lake Mohave the stripers are being found near the dam and the Telephone Cove areas trolling with an umbrella rig has been working the best. The Largemouth and SmallmouthBass are going after various plastics and some of the spinner baits. The peanut butter and jelly color with the ned rig has been working well.

Here below the Davis Dam we are getting a nice run on stripers this year. They are running mostly in the 1 to 3 pound range but now and again we get a nice surprise and win they get over the 5 pound range they can and do peel some line.

Our local angler Isaias Gonzales was fishing from shore using anchovies near the end of Yale and landed a nice 7.16 pound striper at 27 and 3/8 inches. While our local angler and martial arts instructor Ben Aleman was fishing out on his boat in the lower Big Bend Area and had Jeremy Parck and Eli Jeremys 8 year old son along for the fishing trip. This is Elis first striper and they did catch a nice stringer of fish.

These are just a couple of the fishing areas as we have some great shore line in our parks that provide local and visiting anglers the opportunity to land these great fighting fish. Still no word from the Marsh area but it has been a bit warm out. However I do hope to see some catfish in from that area soon.

Hope this helps some for now and we look forward to have you in to share that catch and the story that goes with it. thanks for all of your support. 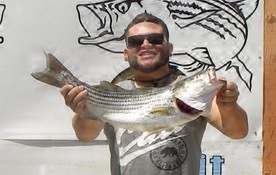 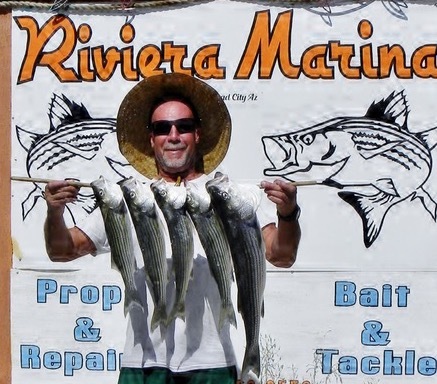 8-12-2020
The striper bite is mixed but mostly doing well with a few days of just seeing them. This is speaking...... Read More 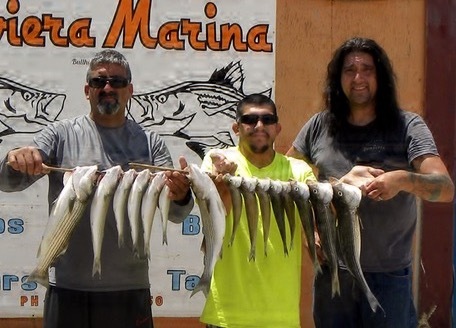 7-29-2020
Our shore line here along the beautiful Colorado River below the Davis Dam is providing for some great out door...... Read More