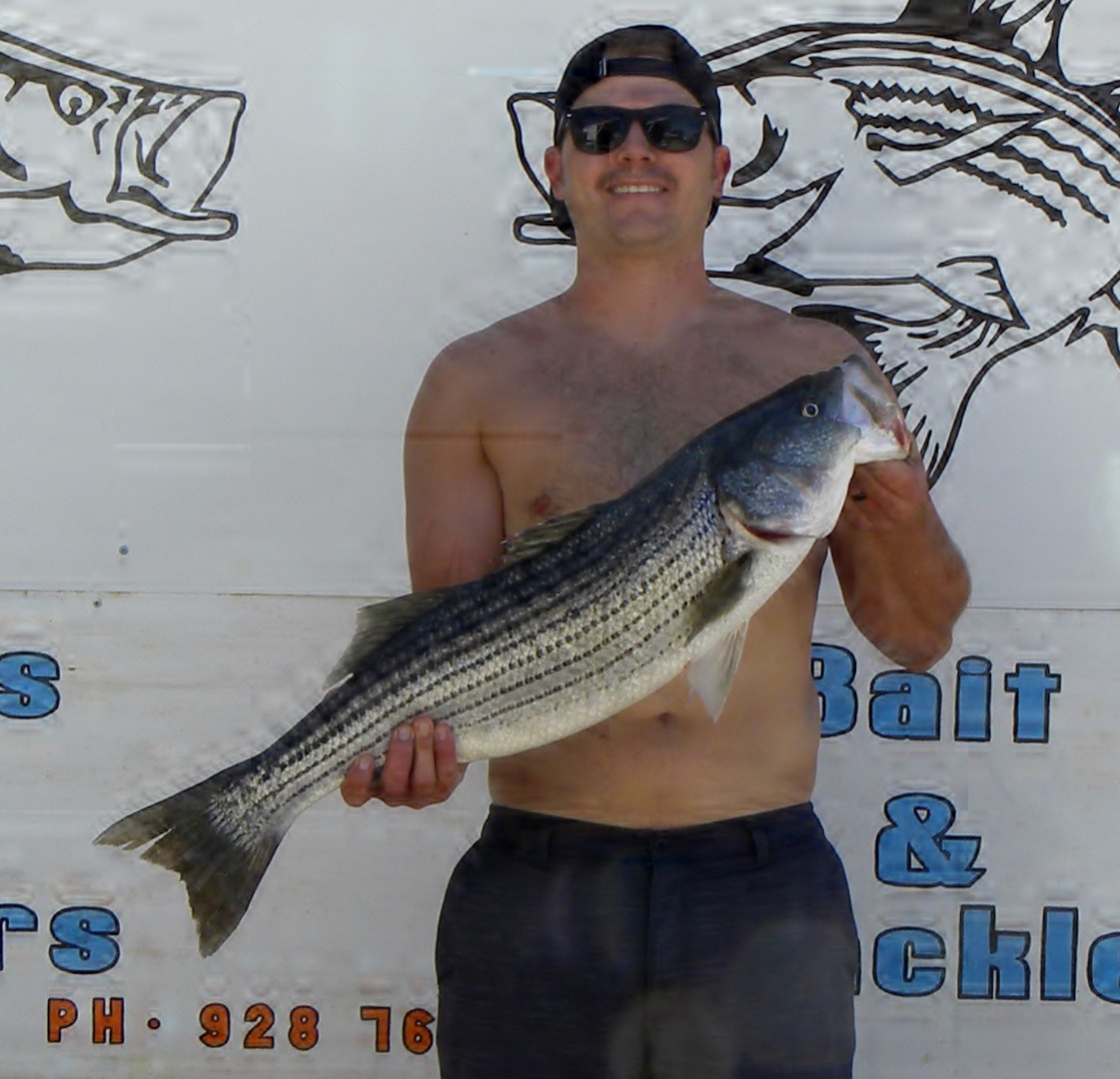 Lake Mohave reports have been slow but this should be changing soon. Watch for the striper action in and around the coves near the power lines. The striped bass usually are around the openings while the Largemouth bass  should be in the shallows, and your smallmouth bass can be found along the shelves. The dam has been doing a bit better as the water is a little deeper and not as warm.

The evenings are proving to be a more productive time to be out fishing the Colorado river. Below the Davis Dam the casino area is doing ok with the Arizona side producing a little better in the morning. The high school fishing club which accepts all ages and skill levels and mentored by Gary Regan had a recent outing near the Davis camp area. While fishing from shore they were having some luck but mostly under the 1 pound range. While practicing catch and release their were a couple of fish that were brought in to share. They were using anchovies from shore and a rainbow trout and a striper were landed.

Further down river, in the upper big bend area, fishing from his boat using anchovies Ben Aleman and Cheyenne Mace brought in a nice stringer of stripers. Some of the  types of baits that are working is  squid, shrimp, sardines or mackerel. They all tend to produce fish. Anchovies seem to bee anglers choice and hold a good track record of catching a lot of fish. For the lure anglers the hard baits seem to profuse the best here on the river.

Our local angler Jake Anselmo showing off his 14.18 pound striper at 33 and 5/8 inches. He was on his boat and in the upper Rotary park area.

I have been getting some word that the catfish are going after chicken liver in the marsh area but mostly slow. I assume its our heat and wind that keeps all waiting for nice weather.

Hope this helps for now and we will see you in soon to share that catch and your fishing story thanks for your support. 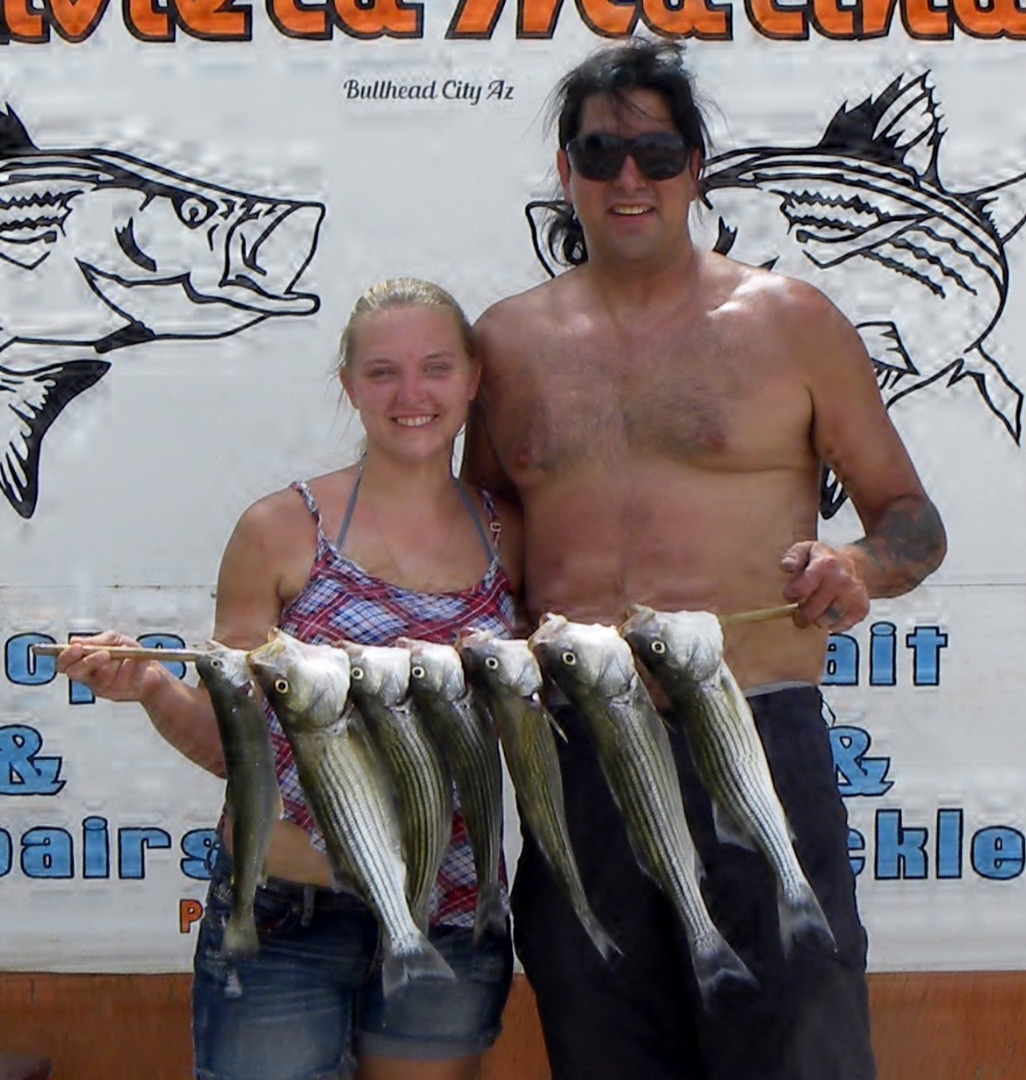 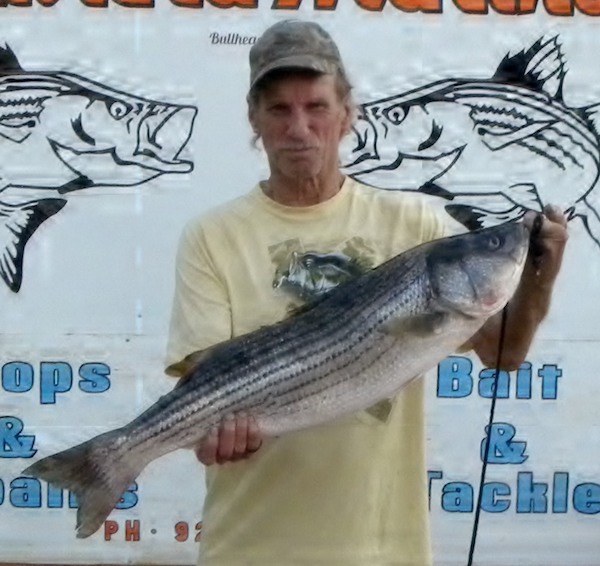 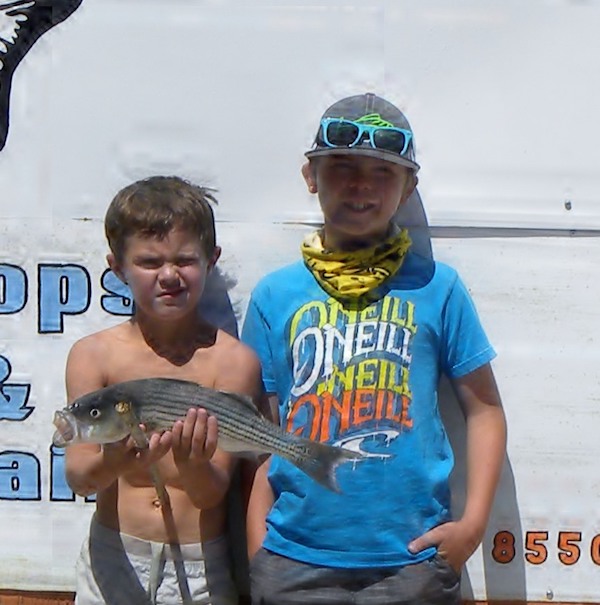