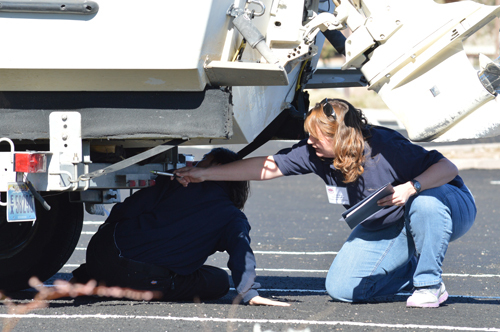 Anglers competing in the 33rd Annual Western Outdoor News U.S. Open bass tournament Sept. 14-16 at Lake Mead have been asked to help prevent the spread of quagga mussels from Lake Mead to other waters. To accomplish this, each boat used during the tournament will undergo mandatory decontamination following the final weigh in.

"This will be a big undertaking. We are expecting to decontaminate as many as 150 boats," said Karen Vargas, Aquatic Invasive Species (AIS) Coordinator for the Nevada Department of Wildlife. "To perform that many decontamination procedures on a single afternoon is pretty much unheard of."

In order to process that many vessels, crews from both the National Park Service and NDOW will staff six decontamination units at Callville Bay. Normally there is only a single unit at this marina. The additional five units are being brought in specifically for this tournament.

"We are hoping to perform each decon in about 10 to 15 minutes so we can get the anglers on their way as fast as possible," Vargas said.

The decision is part of the state’s ongoing efforts to prevent the spread and introduction of aquatic invasive species such as quagga mussels and Eurasian Watermilfoil into Nevada’s waters. Once introduced, AIS can be difficult, many times impossible and very costly to eradicate. AIS can cause major detrimental impacts to native species and create economic hardships in waterways where they become established.