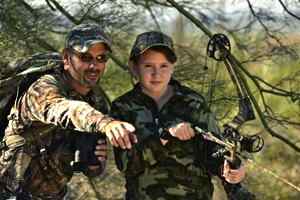 The purpose of the grant program is to help local Sportsmen's groups fund projects that promote wildlife conservation through hunter and angler recruitment and retention. Eligible projects often include events like mentored, hands-on hunting or fishing camps/programs for youngsters and their families.

"We had an incredible response this year," said Doug Burt, hunting and shooting sports manager for Arizona Game and Fish. "The recruitment and retention of hunters, anglers, shooters and trappers is essential, and we strongly encourage projects that involve partnering among groups and organizations."

Reaching out to Arizona residents who might not be familiar with the fishing and hunting opportunities in this state is essential to preserving the future of our outdoor traditions, and it is no small task.

"This grant program is an investment in the local organizations that are critical in bringing important lessons about traditional outdoor recreational pursuits to our communities," Burt said. "Hunters and anglers are stewards of wildlife and a primary funding source for wildlife conservation efforts in Arizona and in most of the U.S."

The following projects have been awarded the 2013 Local Sportsmen's Grant Awards:

Arizona National Shoot to Retrieve for the project "Southeastern AZ Youth Quail Camp," in the amount of $2,000.

CouesWhitetail.com for the project "Women's Javelina Hunting Camp 2014," in the amount of $4,775.

Red Bear Outfitters for the project "Picket Post Small Game Hunting Camp," in the amount of $3,000.

Shoot for Life for the project "Junior Archery Javelina Hunt Camp," in the amount of $3,760.

Youth Outdoors Unlimited for the project, "Family Fishing Camp at Lake Pleasant," in the amount of $3,990.

Youth Outdoors Unlimited for the project "Junior Deer Camp in Unit 20 C," in the amount of $1,790.

Youth Outdoors Unlimited for the project, "Wallow Fire Turkey Science and Hunting Camp in Units 1 & 27," in the amount of $3,628.

For details on how to participate at these events and others like them, visit www.azgfd.gov/outdoorskills.

About the Program
The Local Sportsmen's Group Grant Program was started in 2007 to provide financial assistance to local sportsmen's groups in supporting wildlife conservation. The program awards grant funds to eligible projects through a competitive application process each year. The focus of projects eligible to receive grant funds is determined annually by the Arizona Game and Fish Department and may change from year to year.

There is no cost to Arizona taxpayers for this grant program. The Arizona Game and Fish Department does not receive any of the state's general funds, and operates on a user-pay, public-benefit model. The Local Sportsmen's Group Grant Program is an investment in the continuance of wildlife conservation efforts and outdoor recreation participation in the state of Arizona. 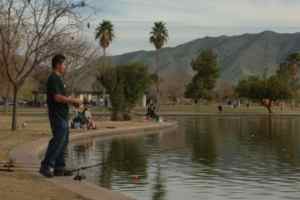 Application deadline for Arizona Game and Fish Commission is Sept. 20

9-10-2013
Sept. 9, 2013 The Governor's Office is currently accepting applications for the Arizona Game and Fish Commission. Applications must be received or postmarked no later than 5 p.m. Friday, Sept. 20, 2013. Applications received or postmarked after the deadline will not be considered. Governor Jan Brewer is seeking members who are well-informed and passionate about Arizona wildlife and its long-term conservation. In accordance with Arizona law, no more than three commissioners can be from any one political party and no more than...... Read More