The Arizona Game and Fish Commission will consider approval of a new hunting and fishing license structure and license/tag fees during the Saturday, Aug. 3 portion of its Aug. 2-3 meeting in Flagstaff.

The commission in June approved a draft proposal to be taken out to the public for comment. A link to a webcast on the draft proposal, a summary sheet of the proposed draft license structure and fees, and the department's Draft Notice of Exempt Rulemaking can be found at www.azgfd.gov/LicenseSimplification. The public can still submit comments between now and the Aug. 3 meeting by e-mail to [email protected]

The commission may vote to approve or modify the final exempt rule making package at the meeting. If approved, the goal is to have the new structure and fees implemented by Jan. 1, 2014.

For background on the license structure and fee proposal, visit www.azgfd.gov/LicenseSimplification. 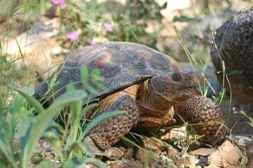