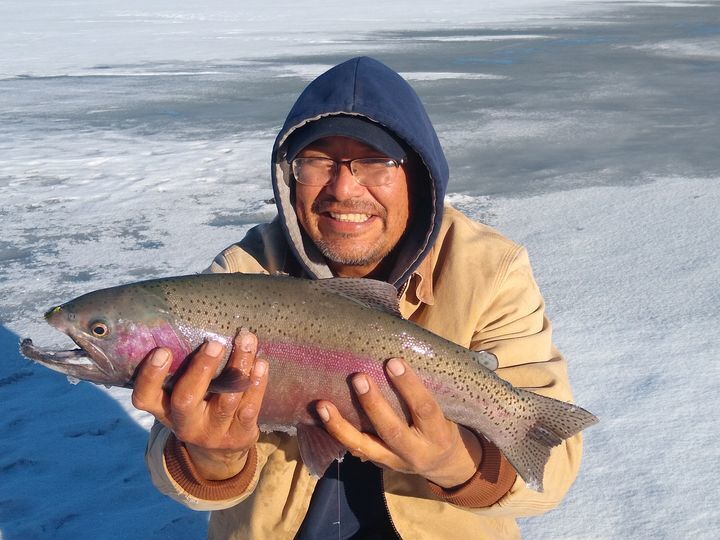 CV M. was rewarded for braving the cold with this nice catch! Anglers are reminded they should always check ice conditions before fishing on an ice-covered lake.
Photo Credit: Courtesy of AZGFD

The weather has moderated since last week's winter storms. The forecast for the remainder of this week and the weekend is for mostly sunny skies. Desert temperatures will generally range from highs in the low to mid 70s to lows in the mid 40s, with windy conditions in western Arizona on Thursday and Friday. High country temperatures will generally be in the mid 40s to low 50s during the day, with overnight lows dropping to the high teens to mid 20s.

A recent report from Dead Horse Lake indicated anglers were having some success catching smaller trout. Was last stocked the third week of January.

For stripers, anchovies work well along with small swimbaits, A rigs, and spinnerbaits. For largemouth bass, use small swimbaits or jerkbaits. Drop shot rigs have also been working. The natural worm colors are working well for anglers, especially when the water is clear.

At Alamo Lake, a report from a couple of weeks ago said bass are schooled up deep. Anglers were having some success with spoons, deep-diving cranks, Yamamoto hula grub on a 3/4 oz head, and Alabama rigs. Crappie fishing was good. Report courtesy Tai Au, professional bass angler, via Arizona State Parks.

Reports of decent bass fishing at Bartlett Lake. Most are in the 10- to 15-inch range, but there are some larger (3- to 4-pound) fish to be had.

A report from Lake Havasu in early January said striper fishing remained good near schools of shad, and large schools of shad had been congregating at the south end of the lake near Havasu Springs and Site 6. The most productive striper lures were Bass Assassin or Keitech swimbaits rigged on a lead jighead, or Alabama Rigs with two hooks (AZGFD regulation). Troll or cast near shad schools during early morning hours. Fishing with live shad as bait was still producing quality-sized stripers from 2.5 to 12 pounds. Use a 4-foot throw net (the largest legal size) or a snag hook to catch shad to use as live bait. Anglers using shad or red-colored swimbaits and crankbaits have been successful with Havasu’s smallmouth bass. Redear sunfish were schooling in deeper water in 25 to 40 feet of water off main lake points. Report courtesy of John Galbraith, Bass Tackle Master, via Arizona State Parks.

At Roper Lake, a recent report indicated trout fishing is still considered good. The albino trout have been a nice addition. Garlic-scented prepared dough baits like Berkley PowerBait and nightcrawlers seem to be working well. Small spinners like Rooster Tails and Panther Martins have also been working. Bass fishing has been slow, but keep in mind this relatively small lake warms up quickly in the spring and they should spawn sooner than larger lakes in Arizona. Report courtesy of Park Ranger Michael DeLeon, Arizona State Parks.

Remember to see our winter fishing forecast for different regions of the state. 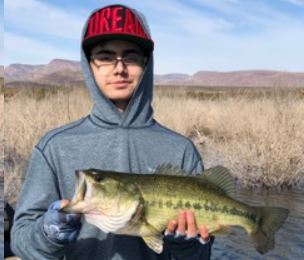 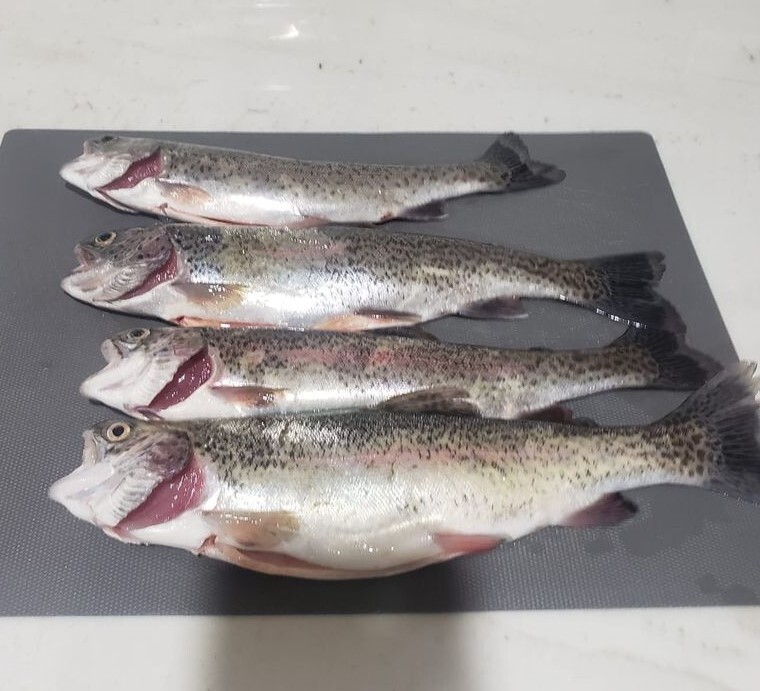 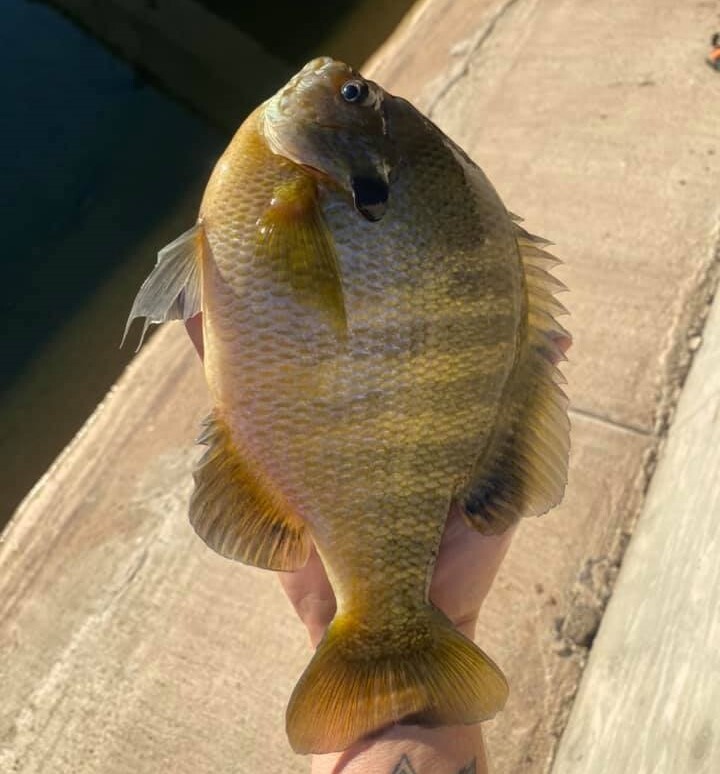 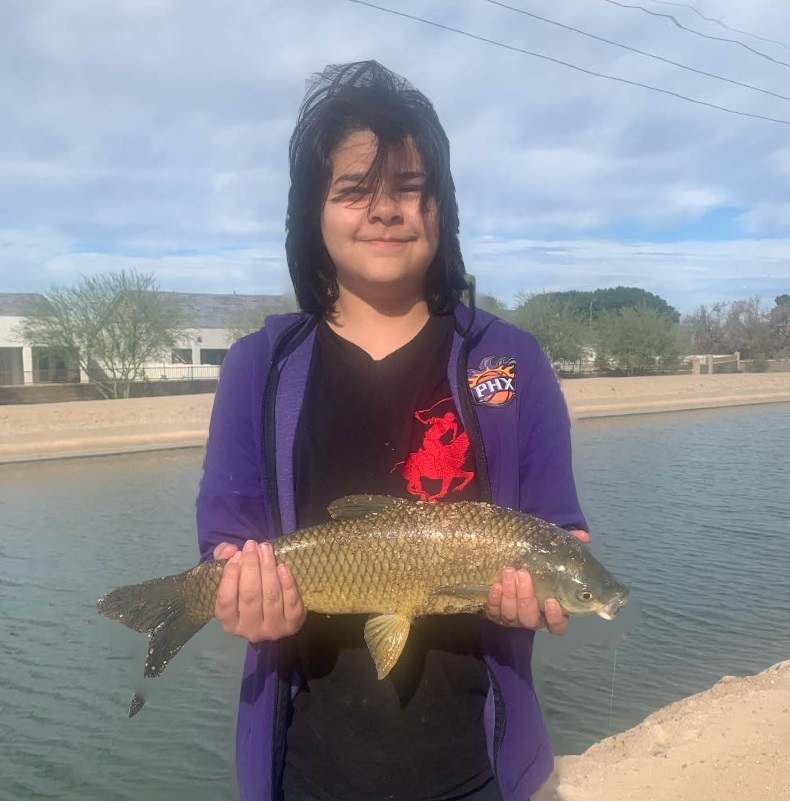 Jonathan T. reported, "My little cousin outfished me today. But I was so happy to see him smile and got excited when that pole pulled down!"
Photo Credit: Courtesy of AZGFD 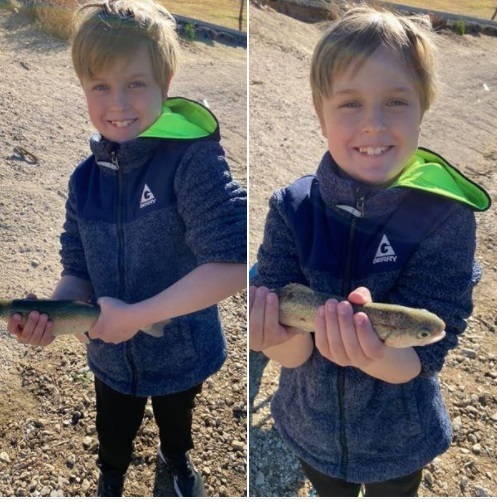 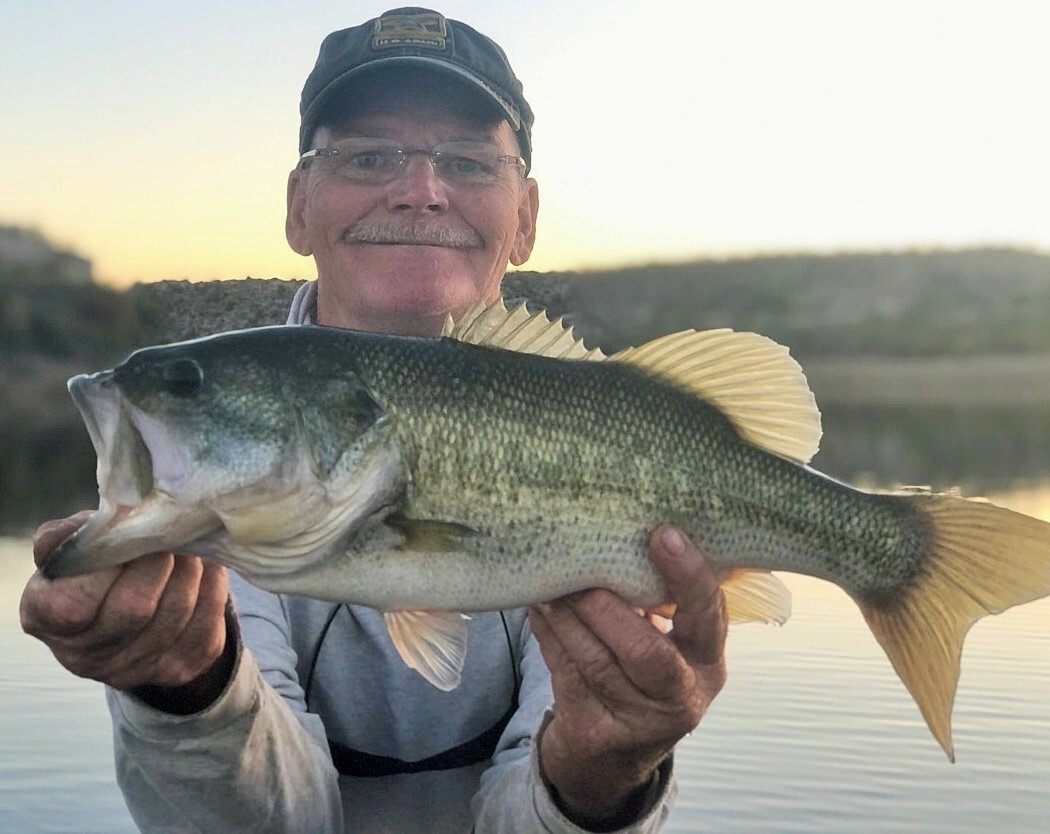 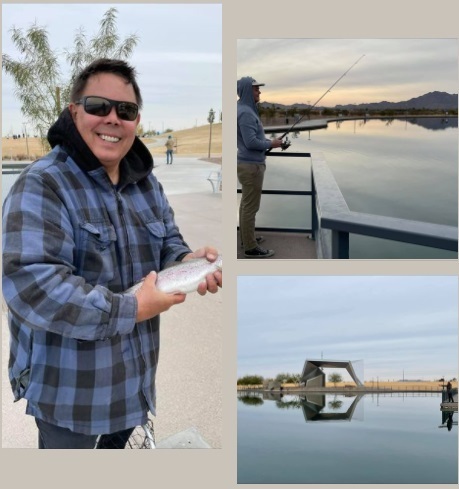 Lester P., who hadn’t fished in years, was motivated by the Fish AZ group to break out the old tackle. He did and caught a 15-inch trout at Gilbert Regional Park.
Photo Credit: Courtesy of AZGFD

2-4-2021
Did you know that discarded Christmas trees can be recycled to create fish habitat and provide better angling opportunities? Arizona Game...... Read More 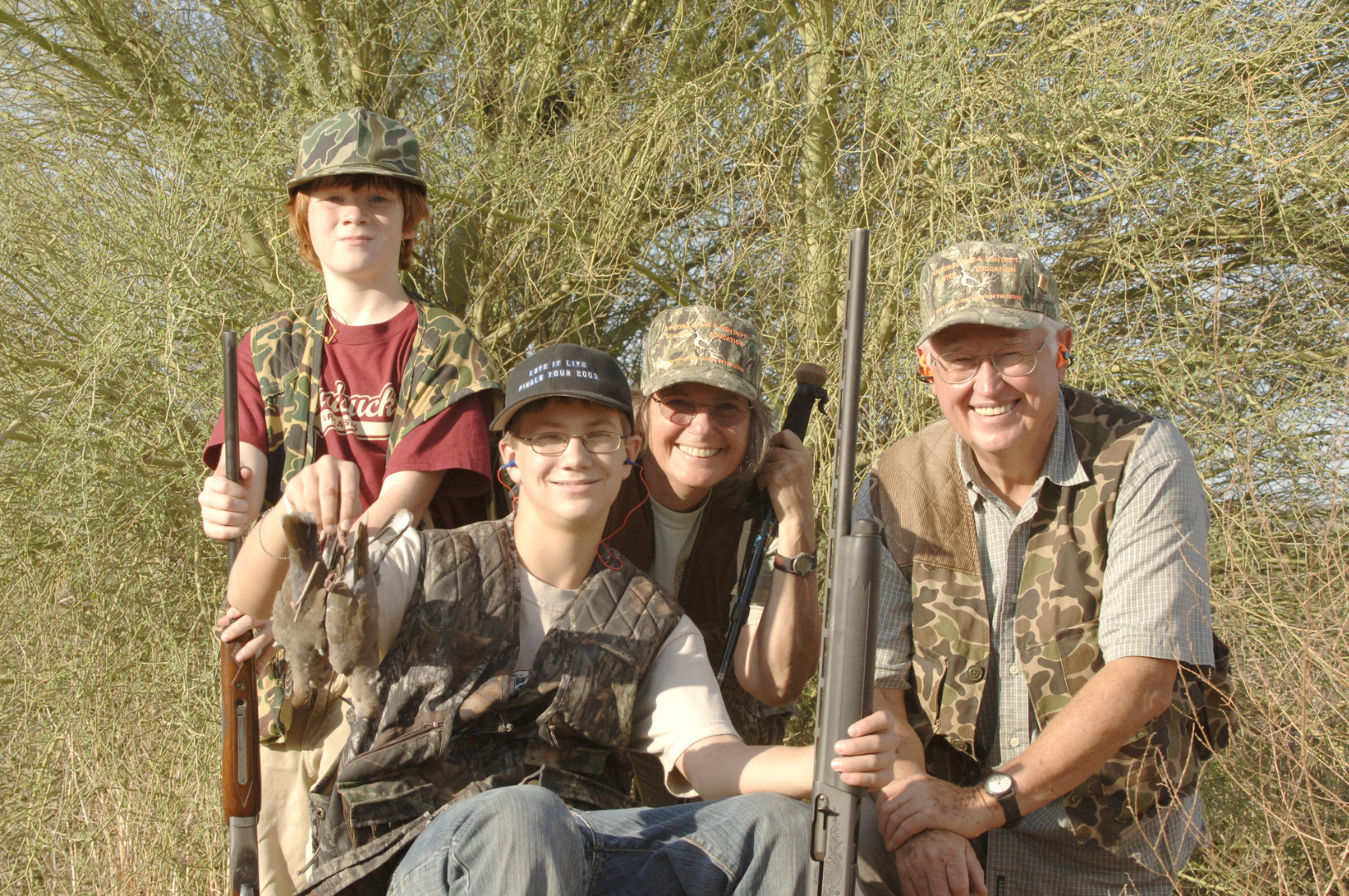 12-30-2020
PHOENIX — There’s still time for Arizona hunters to take aim at some of the best wing-shooting opportunities the state...... Read More