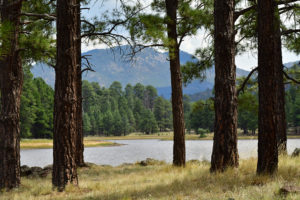 Fall trout stockings on Frances short Pond has begun. Trout fishing is improving with the cooler temperatures. Fall is one of the best times to catch trout in Northern Arizona.

KAIBAB LAKE —With the cooler weather trout fishing is picking up on Kaibab Lake. Fish with PowerBait on the bottom.

CATARACT LAKE — I haven’t had any recent reports from Cataract Lake. We caught a quite a few nice bass, bluegill and channel catfish when we sampled the lake. The catfish were mostly on the road side of the lake while the bluegill were along the dam. We also caught a 4-pound brown trout on the north side of the lake. It was caught around a bunch of small bass so a bass colored lure might work.

CITY RESERVOIR — City was stocked with rainbow trout last week. Fishing was good for trout over the weekend using PowerBait on the bottom. Folks were also catching catfish fishing off the bottom using chicken livers.

DOGTOWN LAKE — We caught a quite a few nice bass, and crappie when we sampled the lake. Most of the bigger bass were caught near the dam. Trout fishing should be picking up as the lake cools with the cooler weather.

WHITEHORSE LAKE — We caught a quite a few nice bass, crappie and bluegill when we sampled the lake. Most of the bigger fish were caught along the dam, but we caught one really nice sized bluegill in the cove by the camping sites.

LOWER LAKE MARY – We have had reports that the fishing is starting to pick up with the cooler weather. Folks are catching fish on powerbait off the bottom and on worms. Folks are also catching some nice sized trout on beadhead prince nymph flies.

ASHURST LAKE — Fishing is picking up with the cooler weather. Folks are catching trout in the shallows on the south west side of the lake on PowerBait. 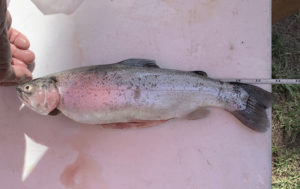 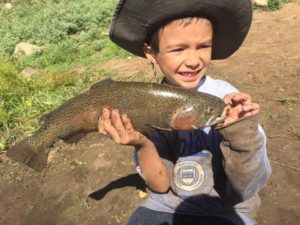 9-6-2019
Fall fishing’s coming. The transition to fall conditions is about a week away. Most weather forecasts in desert regions are...... Read More