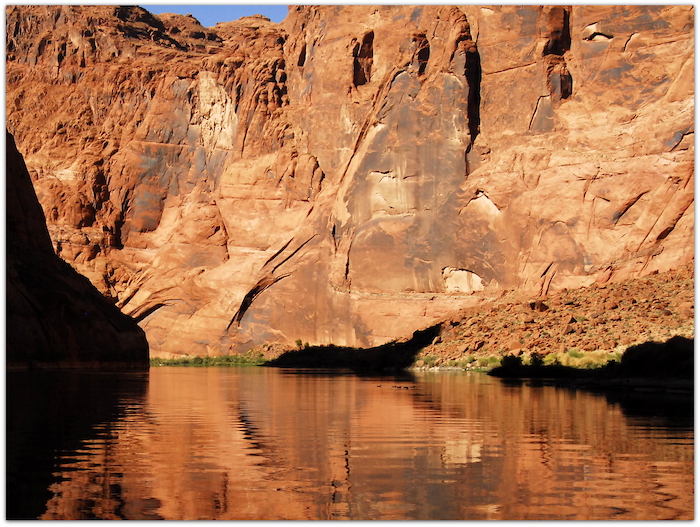 The inflow to Lake Powell is slowing down but not before bringing the lake up over 50 feet. The annual high lake level for this year will be between 3620 and 3625 MSL. Rising water has covered the brush line, which now gives shad, bass, and crappie the opportunity to avoid predation and increase their numbers in the lake. Largemouth bass, crappie and shad numbers decreased in 2018 when the lake only came up 3 feet and brushy cover was absent. Another year of high water in 2020 would boost the sport fish populations and continue to make Lake Powell a reliable fishing destination for anglers from all over the country.

In the last report, smallmouth bass were lost and wandering with the rising water. Now they are back in good size and numbers. The easiest way to find bass is to watch for narrow, (less than 50 yards wide) isolated rock slides in the main channel and in major canyons. In canyons where the channel is mostly steep cliffs, rocky habitat attracts bass to congregate in a small area where they are easy to find using standard bass baits, such as Senkos, Ned rigs, single and double tailed green grubs. The best advice is to fish on the bottom in deeper water than normal, at 20-25 feet. On our weekly trip, we caught 6 smallmouth in about 15 minutes using these techniques. Our best fish was a 3-pounder. (Caught by Nob Wimmer)
Stripers are still visibly slurping small shad in open water over the length of the lake. We saw slurps in Warm Creek, main channel, Padre Bay, Dominguez Rock, Face Canyon, Last Chance and Rock Creek. The fish were fun to watch and try to approach, but the numbers caught dropped off significantly since last week. Our catch dropped from 27 stripers caught last week, down to 6 on this trip. Last week slurpers were willing to hit full size white surface lures. This week the most successful lure was a 2-inch rattletrap in black and silver color. Stripers caught were in great shape after snacking on shad for the last month.

We found that the size of shad consumed was essentially the same as that found in striper stomachs for the past month. This means that stripers are focusing on recently hatched shad that swim in open water near the surface. Larger larval shad that hatched out more than a month ago are now hiding in the backs of canyons in turbid water and brush. When stripers deplete the small shad supply in open water they will begin searching for more forage and eventually find larger shad in the backs of canyons. When that happens ‘boils’ will begin. Stripers boil because large shad can swim fast which means stripers have to surround the shad school and trap it against the lake surface and/or the shore. There have already been a few “boil sightings” in the backs of canyons.

Boils began early last year due to low, clear water. Review the old fish reports (Wayneswords.com) to see when the action started in other years. My best guess is that boils will begin in the northern lake during the last week of July. Water clarity is the key. If runoff continues to muddy the water, it could be a week later. Boils in the southern lake are likely to start in August.

Fishing a striper boil may be the most exciting form of fishing found in fresh water. 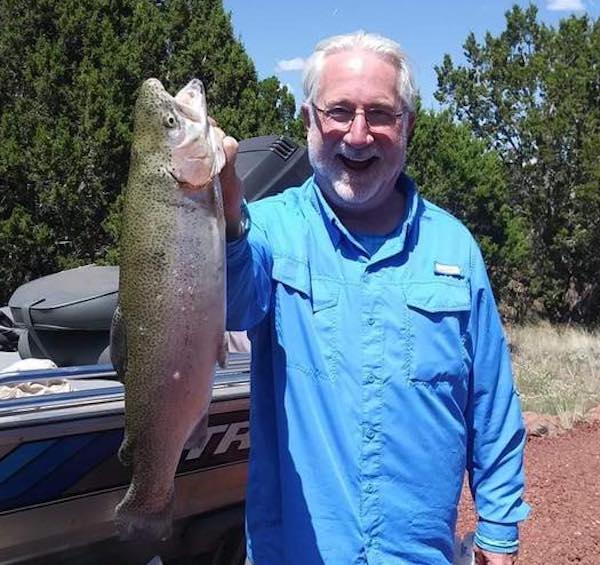